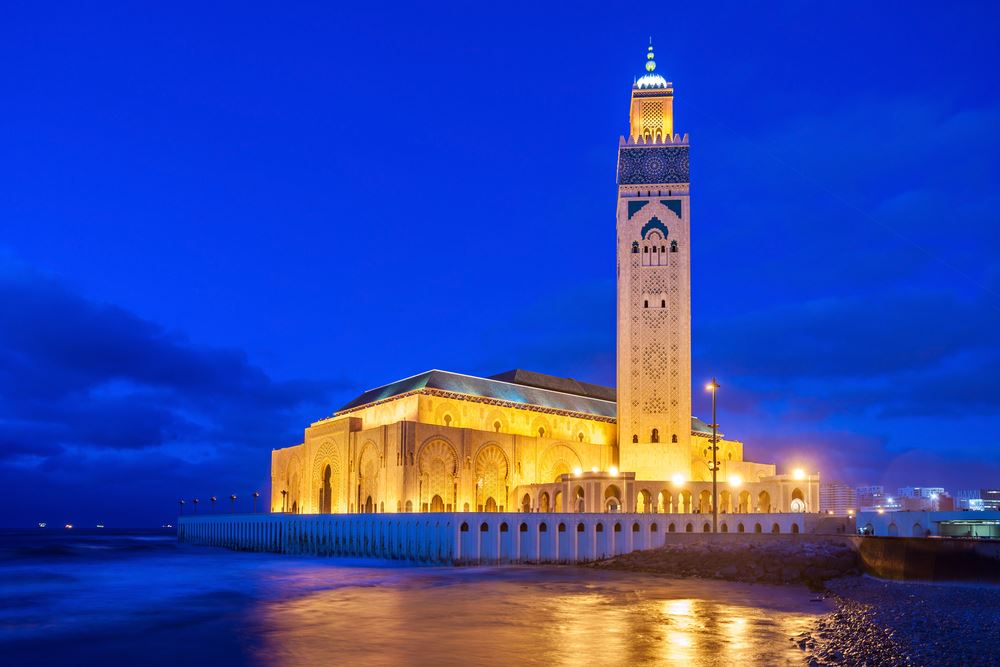 When we close our eyes and hear Casablanca we imagine a city filled with romance, mystery and adventure especially if we have seen the films “Casablanca” or the “Marrakesh express”  in Spanish Casablanca means “white house”  however this image is soon dispelled by the reality of a fast paced modern financial and industrial city.

Casablanca the fourth largest city situated in the central western part of Morocco which borders the Atlantic Ocean steeped in history original called “Anfa” mentioned in several scrolls dating before the Roman period in the 15th century it was known to harbour Pirates and was a key city in the slave trade.

Casablanca is the most cosmopolitan and wester feeling city in Morocco with lots to see with its post-colonial French Moroccan style buildings, and the new grand theatre de Casablanca its rich in wonder it houses the second worlds only Museum of Judaism in an Islamic country it hosts one of few mosques which can be visited by non-Muslim people in Morocco.

Transport around the city is often congested with Trains and Trams providing easier travel around the city, on your journey around the city you will notice a difference in culture with many immigrants from other parts of Africa which provides cultural and liberal neighbourhoods and often an illuminated night life with young men observed flirting openly with scantily dressed women.

If you fancy a moment on the beach Casablanca is close enough to enjoy the cool waters of the Atlantic with many beaches enjoyed by locals and tourists alike to cool off from the year round sunshine and enjoy mostly year round beach weather.